After an awesome Lamborghini event on Friday, how did we top off our weekend? With a BMW M track day at Thermal Race Club on Sunday of course! New Century BMW was kind enough to sponsor a day of M Performance School driving and we were glad to get a chance to properly test out the newest BMW M models. 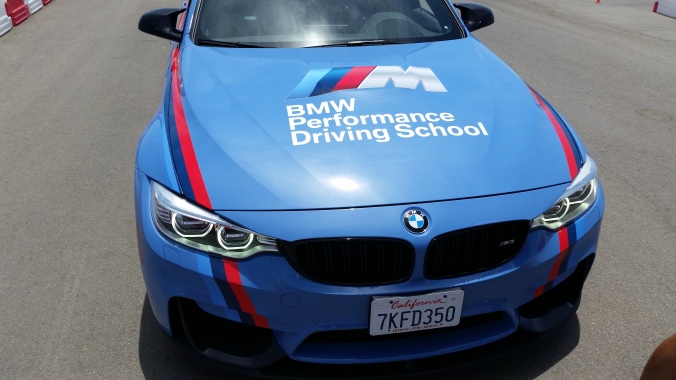 The day started with some lead-follow track time, pushing the new F80 M3 to it’s limits. The next event, which was easily the most amount of childish fun we’ve had in a long time was the F82 M4 drag racing. Old friends became instant rivals as M4’s tore up the track to earn top bragging rights. 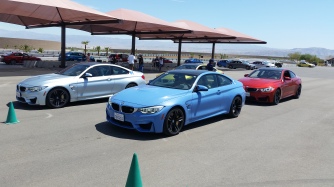 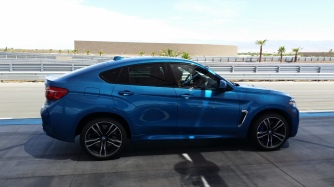 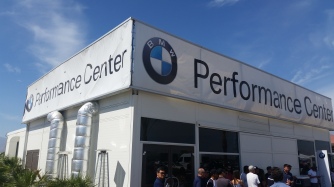 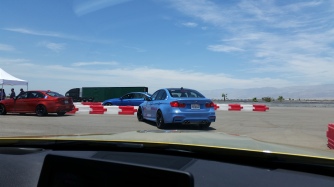 For the third course, we were given some track time in the M235i, the X5M and the X6M. We had a blast getting familiar with the driving dynamics of each and were admittedly surprised by how capable the X series cars are. The fourth event of the day was a competitive autocross course in the F80 M3. There we no friends here, just lap times and more bragging rights. 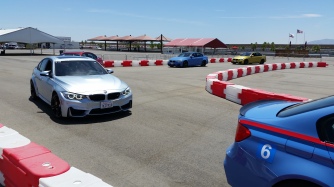 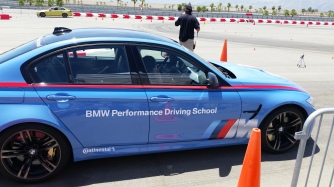 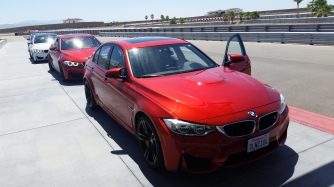 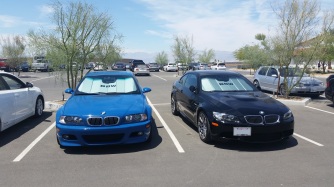 And finally for dessert, we got the privilege of hot-lapping the F80 M3 with our racing instructors. All we can say is that it was a true blast to have a professional show us just what the new M3 can do, from holding insane angles of drift to crazy speeds in the straights, it was an unforgettable experience. We want to thank New Century BMW for hosting a great event, our instructors from BMW M Performance School for improving our skills and showing us how it’s done, and our M Club LA members that came out had a blast!

This summer is off to a fun start!

On Friday July 10th, we attended an exclusive Lamborghini SV event held by Lamborghini La Jolla. It was a delightful evening with to celbrate Lamborghini’s most sacred badge, the SV. Examples of each SV variant were present, with a $3 million Miura SV Jota, a 1997 Diablo SV (Which looks like the Need For Speed III Cover car), a 2009 Murcielago LP670 SV in Matte White (Bianco Canopus, to be exact), and the most insane Lamborghini to date; the hyper-fast Aventador LP750 SV (Which lapped the famed Nürburgring in under 7 minutes). 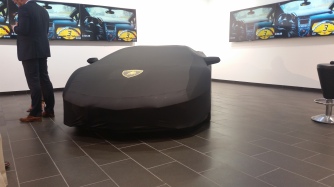 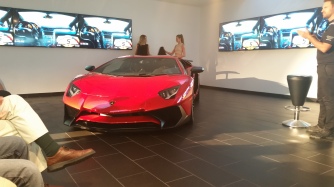 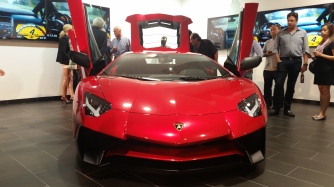 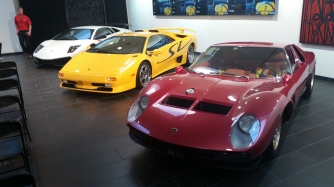 All in all a great event showcasing some of best models Lamborghini has unleashed upon the world. We look forward to driving the Aventador SV in the near future! 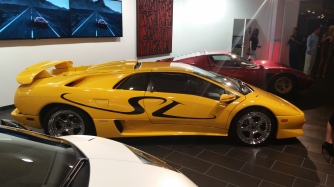 Sunday, August 31st, 2014. The morning air is filled with the sounds of engines and exhaust notes as cars from all over gather for another amazing Supercar Sunday show. Cars from America, Japan, Europe and elsewhere gathered in celebration of the So Cal car culture. But this particular Supercar Sunday there was a special gathering of cars from Germany; ready for a special day. 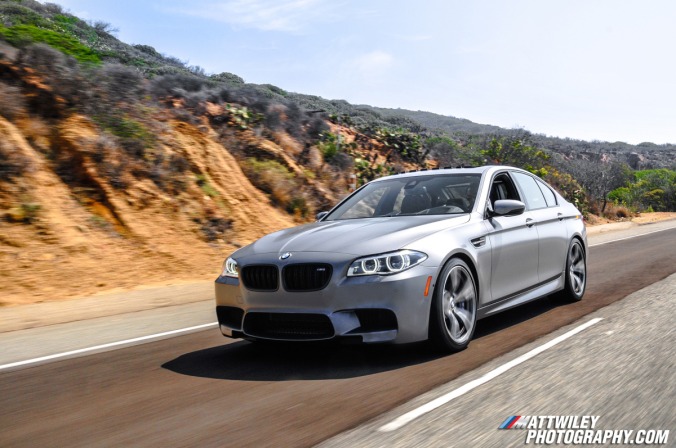 Coordinating with Supercar Sunday and local independent shop Coastline Motorsport, M Club LA (Motorsport Club Los Angeles) had a special drive event that began at Supercar Sunday. This event was a BMW featured marque drive, and in total there were 30 BMW’s. The group consisted mainly of M models, from local enthusiasts as well as a brand new M4 brought out by Century West BMW. The drivers browsed around the world famous Supercar Sunday to get a morning car culture fix, and then near the end of the show, the group gathered in their cars and headed to the canyons. 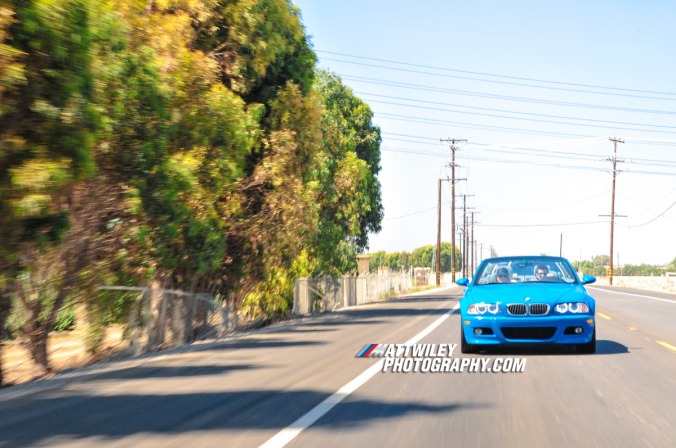 The drive consisted of a 105 mile route through the gorgeous Malibu canyon scenery and Pacific Coast Highway ocean side. Cruising through twisty roads in the mountains to begin with, the drive led to the coast for some amazing morning Californian coastal views, before heading back up through the canyons. The route was very scenic, with a plethora of sight and views from the Santa Monica mountain range overlooking all of the coasts and valleys, before taking another turn back down to the coast. The last stretch of the route curved through the country side past Point Mugu and Lake Sherwood to the final destination; Lavaggio Auto Detailing Center. 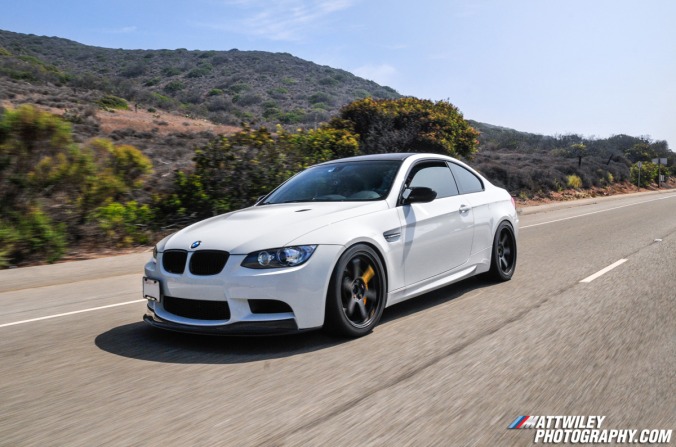 At Lavaggio, Coastline Motorsport brought out a stunning example of an E30 M3 and a gourmet lunch was provided. Fresh with road dust from the drive, many members had their cars fully pampered and detailed, since Lavaggio host top notch one-of-kind facilities and service. Supercars in the morning, drive in the afternoon, with a gourmet lunch and car pampering, this M drive event was a great success! We at M Club LA would love to thank our sponsors and hosts Supercar Sunday, Coastline Motorsport, and Lavaggio for helping us put together another spectacular event! 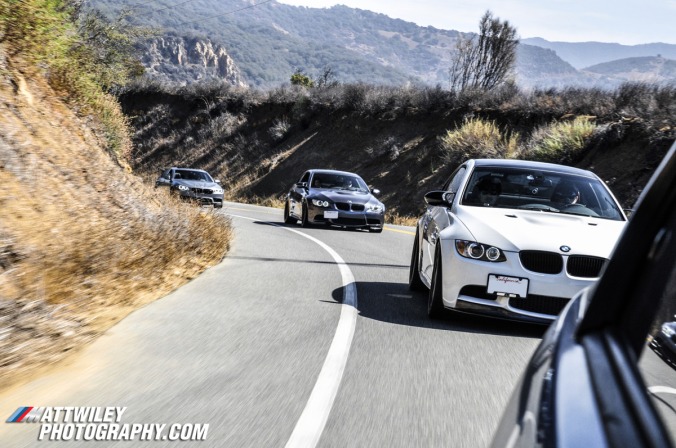 For full details on the route, more pictures and for future event information, subscribe here! 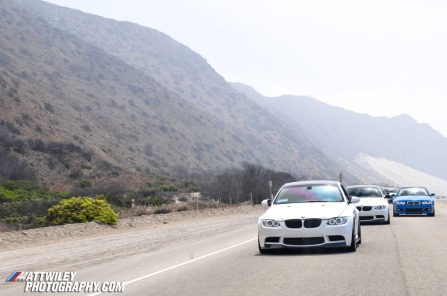 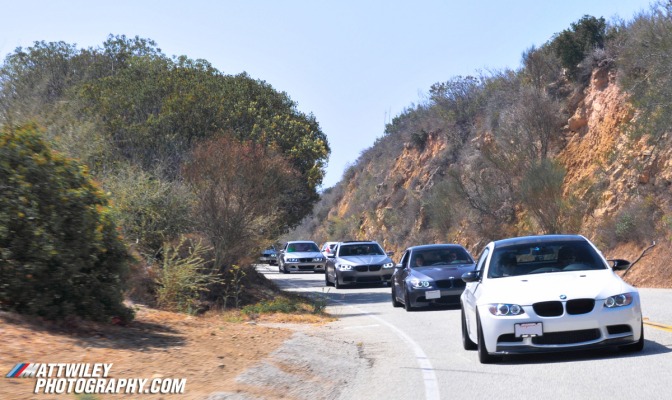